Warning: "continue" targeting switch is equivalent to "break". Did you mean to use "continue 2"? in /home/spls9035/public_html/illa.us/plugins/system/jsntplframework/libraries/joomlashine/template/megamenu.php on line 228
 ILLA Blogs - ILLA Blogs - Page 3

The Case for One-Room School Houses

Rev. Joel A. Brondos
Educational History & Philosophy
The numbers of LCMS schools which have closed their doors in the last 20 years is alarming -- if anyone cares to take notice. Generally, I suspect that the issue is economics: congregations cannot afford to maintain the school budget. But can we affo
Continue reading

Rev. Joel A. Brondos
News and Current Events
Some 20 years ago, when I first embarked on my classical Lutheran education trek, I followed many leads. One of them led to " Direct Instruction " (capital D, capital I) for a number of reasons which appealed to me. 1) They emphasized the mastery of
Continue reading

Rev. Joel A. Brondos
Educational History & Philosophy
CNN recently reported that there are several hundred classical schools in the United States: Classical schools are less concerned about whether students can handle iPads than if they grasp Plato. They generally aim to cultivate wisdom and virtue thro
Continue reading

Rev. Joel A. Brondos
Educational History & Philosophy
An excerpt from  The Genteel Imposter: Newman's Social Criticism Newman remarks in his  Idea of a University  that it is far easier to find examples of gentlemen than saints. The reason should be obvious: “The world is content with set
Continue reading

This past week, I asked my students in math class why they didn't ask questions when they got problems wrong or when they didn't understand a concept. For some, homework is a drudgery. They just want to get it done in class so they don't have to do it at home -- and asking questions keeps them from doing their problems. For others, my explanations simply took too much time. For still others, they did not want to appear ignorant in the presence of their peers (in spite of my attempts to make all students feel comfortable about the learning environment). It was worth the time it took to address these issues in class.

In the historic lectionary for Jubilate, the Third Sunday after Easter (John 16:19 which we read today), we read, "Now Jesus knew that they desired to ask Him, and He said to them, "Are you inquiring among yourselves about what I said . . .  ?" There are other similar instances recorded in the Gospels. After three years with Jesus, why didn't the disciples just come right out and ask Jesus? Jesus apparently had to teach His disciples how to ask questions as well.

Playing With Words: Luder and Ludus

Playing? In school? First, a couple of words about playing in school.

Luder (Luther) “Now since the young must always be hopping and skipping, or at least doing something that they enjoy, and since one cannot very well forbid this — nor would it be wise to forbid them everything — why then should we not set up such schools for them and introduce them to such studies? By the grace of God it is now possible for children to study with pleasure and in play languages, or other arts, or history. Today, schools are not what they once were, a X and purgatory in which we were tormented with casualibus and temporalibus, and yet learned less than nothing despite all the flogging, trembling, anguish, and misery. If we take so much time and trouble to teach children card-playing, singing, and dancing, why do we not take as much time to teach them reading and other disciplines while they are young and have the time, and are apt and eager to learn?(The American Edition of Luther's Works, vol. 45, pp. 369-370)

Ludus in Latin was associated with a number of things, two of which included "play" and "school." One definition given on Wikipedia relates that a ludus was "an elementary or primary school or the school of the “litterator" attended by boys and girls up to the age of 11 was a ludus. Ludi were to be found throughout the city, and were run by a ludi magister (schoolmaster) who was often an educated slave or freedman. School started around six o'clock each morning and finished just after midday. Students were taught math, reading, writing, poetry, geometry and sometimes rhetoric."

Whenever I tell my students that one Latin word for school is a synonym for fun, they find it difficult to believe. (In the spirit of full disclosure: I am vigorously opposed to attempts to make school fun, but I am altogether in favor of making school fascinating. More on that in a later blog.)

That being said, there are a number of ways to play (or should I say, "to fascinate"?) with words  such as Jumble, Boggle (anagrams), Scrabble, WordMorph, Crosswords, Hangman, Palindromes, Rootonym, UnoLingo, and Lexigo.

You might begin pulling this thread at The Puzzle Society, USA Today Puzzles, and even AARP (besides the games you might find on SpellingCity wherein you could add your own spelling/vocabulary list). 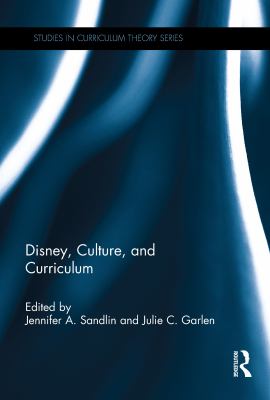 J.R.R. Tolkien and C.S. Lewis, the architect of Middle-earth and the father of Narnia, once went and saw Snow White and the Seven Dwarfs together, according to Eric Grunhauser's April 25, 2017 article. "It's no secret that J.R.R. Tolkien and C.S. Lewis were legendary frenemies. But while they may have sparred over fantasy and religion, they shared one little-known viewpoint: a disdain for the works of Walt Disney."

But would it be breaking the 8th Commandment if one suggested something even more serious, e.g., that Disney, Inc. has a "curriculum" which promotes feminism and homosexuality in its later productions?

Disney, Culture, and Curriculum contains sixteen balanced essays on how "Disney, Inc." works to advance a utopian happiness in all its inclusiveness. This collection is by no means written from a Biblical worldview. It seems to be a frank and fair-minded exposition produced by various academics. Each essay has copious references.

The only problem: it's difficult (or expensive) to acquire a copy - though you may be able to access it through an interlibrary loan. If you do, I think it is a read worth your while.

If not, then just try to Google groups of search terms together like "Disney Frozen Moana Feminism" or "Disney coded villains" and see whether or not you think the evaluations are equitable. In the cases I've found, it isn't that Christians are making accusations, but rather, that those who embrace those lifestyles are the ones who identify such themes in the Disney productions . . . and praise them.

Do you ever show full-length videos at your church or school for a movie night? Do you show videos as a bonus for students or when a substitute teacher is filling in? If you are doing these things without a license agreement, then you are breaking the law.

Doing things the right way is not really that difficult or expensive. I submitted an application for an annual church/school subscripton to CVLI, noting that we had 29 students enrolled. The cost was surpisingly VERY affordable. (It wouldn't cost you anything to get a quote, which in our case was even less than what was noted on the pricing guide).

If you want to be legit, check out the Church Video License International (CLVI) website. 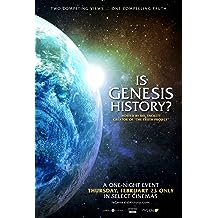 Our family enjoys going to the movies. Before the film when the Coming Attractions are running, I've noted certain special showings promoted by FathomEvents. Besides showing opera and classic films, they occasionally screen movies of particular interest to Christians. That was the case when we went to see Is Genesis History?

Is Genesis History? gives a thoughtful response to evolutionary theory, interviewing scientists who believe the Biblical account of The Flood. I also recommend the follow up interviews, Beyond Is Genesis History? There are also other sites like BioLogos which note and supplement the film.

It is available on DVD, but also can be streamed via Amazon Prime.

The Art of Teaching
5 post(s)